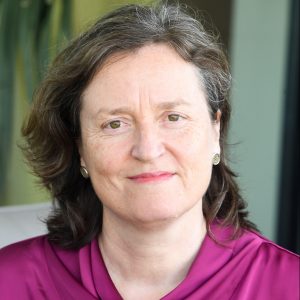 A growing body of data tells us that women are better at repaying loans, including IFC’s recent report on 157 client financial institutions, which showed average NPLs for women-led SMEs were 3.0 percent, compared to 4.9 percent for the total SME loan portfolio comprising both men- and women-led SMEs. And yet there is also a growing body of evidence that there is gender discrimination in credit markets. EBRD, for instance, recently found that credit officers in Turkey were 30 percent more likely to make having a guarantor a condition of approving a loan if the prospective borrower was female rather than male.

Discrimination can take subtle forms, and lack of sex-disaggregated data or failure to integrate gender as a variable in datasets is one root cause. The latter is explored in an interview this month with Sean Higgins, Assistant Professor of Finance at the Kellogg School of Management, who found that incorporating gender as a variable in credit scoring improved the credit score of 80 percent of women in his sample of unbanked women from the Dominican Republic, when compared to an equally sophisticated machine learning model that did not have gender as a variable.

Lack of sex-disaggregated data or simply not looking at gender as a variable appears to be a root cause of the FinTech sector’s not being gender intelligent — risking the same outcomes with women that we see in incumbent financial services providers. Examining the opportunities and barriers to FinTech taking a strategic approach to the female economy is a piece of research the Alliance will be publishing in June, with the aim of catalyzing gender awareness in the FinTech space.

Speaking of catalysts, last week I had the pleasure of facilitating a panel discussion at the We-Fi Regional Summit in Dubai, at which two Alliance members — NatWest and BLC Bank — spoke. NatWest shared their role in orchestrating the development of the female entrepreneurial ecosystem in the UK, including the creation of the Investing in Women Code. Twenty-two institutions have already signed up, including 9 major banks, committing to take a strategic approach to financing women entrepreneurs and to report data on their volumes outstanding to them. NatWest’s leadership in this space is phenomenal, and the emerging model in the UK is one we are seeking to replicate.

One avenue for replication is our work being launched this week in seven countries to get stronger supply-side sex-disaggregated data as part of our close collaboration with the Women’s Financial Inclusion Data (WFID) partnership, supported by the Bill & Melinda Gates Foundation. The goal is to catalyze the development of the female economy through strengthening supply-side data collection and use at the national level. The WFID partnership and the Alliance will continue to share the learnings from these national pilots as they develop over the next 2 years, culminating with the launch of a playbook that can be used by other countries.

Foundational to all of this is our own member data, and in early March we will be inviting our members to contribute their annual gender performance data to our upgraded secure Female Economy Analytics portal, making it easier to report and for us to provide stronger benchmarking reports back. We will also aggregate the data to produce our annual performance report, the Opportunity of Championing the Female Economy (formerly the Economics of Banking on Women), proving the business case and building greater awareness of the business opportunity of the female economy.

A shout out this month to achievements in our network news roundup and a warm welcome to our newest member, TD Bank, Canada. In this interview, Chantal Pitre, National Manager, Women Entrepreneurs, shares their plans to support female entrepreneurs in Canada.

And last but not least, I am sad to have to announce that due to the impact of the coronavirus on global travel, the 2020 Summit has to be postponed from June 2-4 to Q4. We are monitoring the situation carefully with our host, Mastercard, and will come back with dates as soon as we get more visibility on the situation.

Sincere thanks for your understanding.