Advancing Together: Women in Leadership Across the Alliance 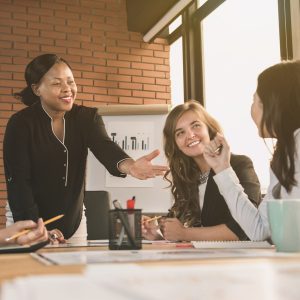 How does your organization measure up against other organizations on gender diversity and inclusion? If you’re an Alliance member, odds are you’re doing pretty well.

As part of our knowledge partnership, global consulting firm Mercer gave Alliance members participating in our jointly organized Working Group access to their comprehensive “When Women Thrive” research survey, which benchmarks institutions on key gender D&I metrics. And the results for Alliance members surveyed are positive across the board.

To participate, institutions submit gender data on their talent pipeline across five standard career levels and detailed information on their company’s D&I policies, practices and culture. Each organization receives their own internal labor market map and workforce projections, helping to illuminate where they should focus if they want to accelerate toward gender parity. Mercer also produces regional and industry reports on the status of gender D&I, leveraging aggregated data from more than 800 institutions that participated the global “When Women Thrive” research.

Participating Alliance members’ responses also reveal that they’re actively working to identify gender biases and areas of weakness on an ongoing basis. For example, members index a point higher than the global average on practices like analyzing corporate engagement surveys by gender to identify any gaps and delivering unconscious bias training for managers.

Participating members’ efforts to boost gender equality across the pipeline have paid off. Analyzing the aggregate internal labor market map of participating Financial Alliance for Women members reveals hiring, retention, promotion and exits by level, as shown here. The aggregate Alliance internal labor market map reveals a similar trend to the global financial services industry – most notably a dwindling of women the further up the career level. But analysis shows Alliance members are working to balance out the power – with women being promoted 2x the rate of men into the executive level and promoted and hired at equal rates into manager positions. The relative gender balance at the manager level (with women comprising 43 percent of positions) is really positive, especially considering McKinsey 2019 Women in the Workplace research revealing the “broken rung” phenomenon of women getting stuck at this phase in their career. However, the map reveals a real need to focus on one level up: senior manager. Women comprise only 32 percent of senior managers, and yet men are still being promoted and hired at greater rates than women. 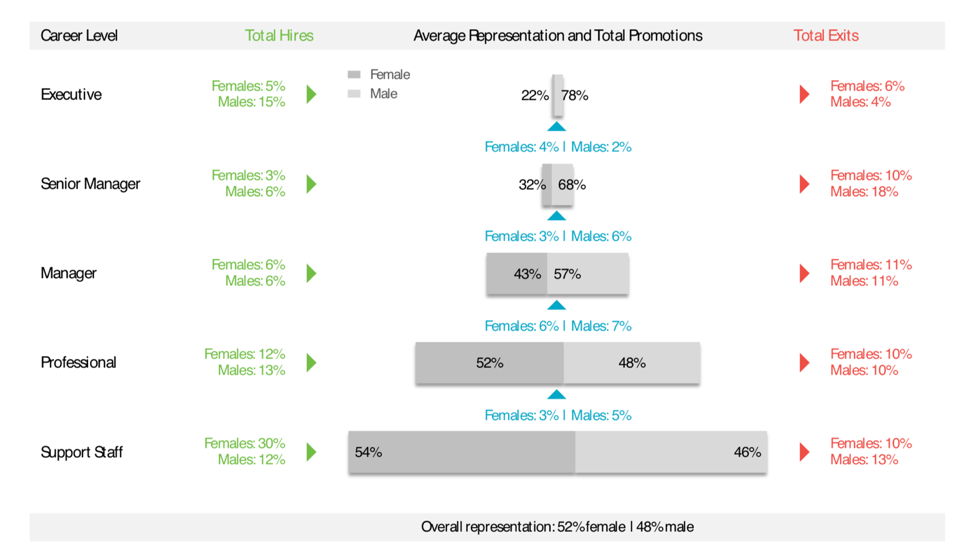 In all, members’ progress on gender parity across the pipeline is notable, and they’re feeling fairly confident in their organizations’ ability to attract, develop and retain female talent, indexing in the 1-point-higher range on all. But let’s hold our celebration until women are hired and promoted at equal rates as men and we see just as many women as men around the management committee table.

The survey also revealed the opportunity to boost the availability and use of part-time schedules, compressed work weeks, and flexible working models as well as enhancing the health and financial value proposition for employees at all stages of their career. The future of work is moving in this direction, and institutions that are ahead of the game are able to better attract and retain female talent.

Big thanks to Mercer for conducting this analysis and sharing their expertise with us throughout our Women in Leadership Working Group. Next up in the partnership for 2020: a how-to guide on “Becoming the Employer of Choice for Women” and more opportunities to learn those leading best practice gender D&I strategies of financial services providers around the world.  Stay tuned.

PrevPreviousNew Member Spotlight: FCMB
Next2020 Summit: Shifting the Paradigm for the Female EconomyNext