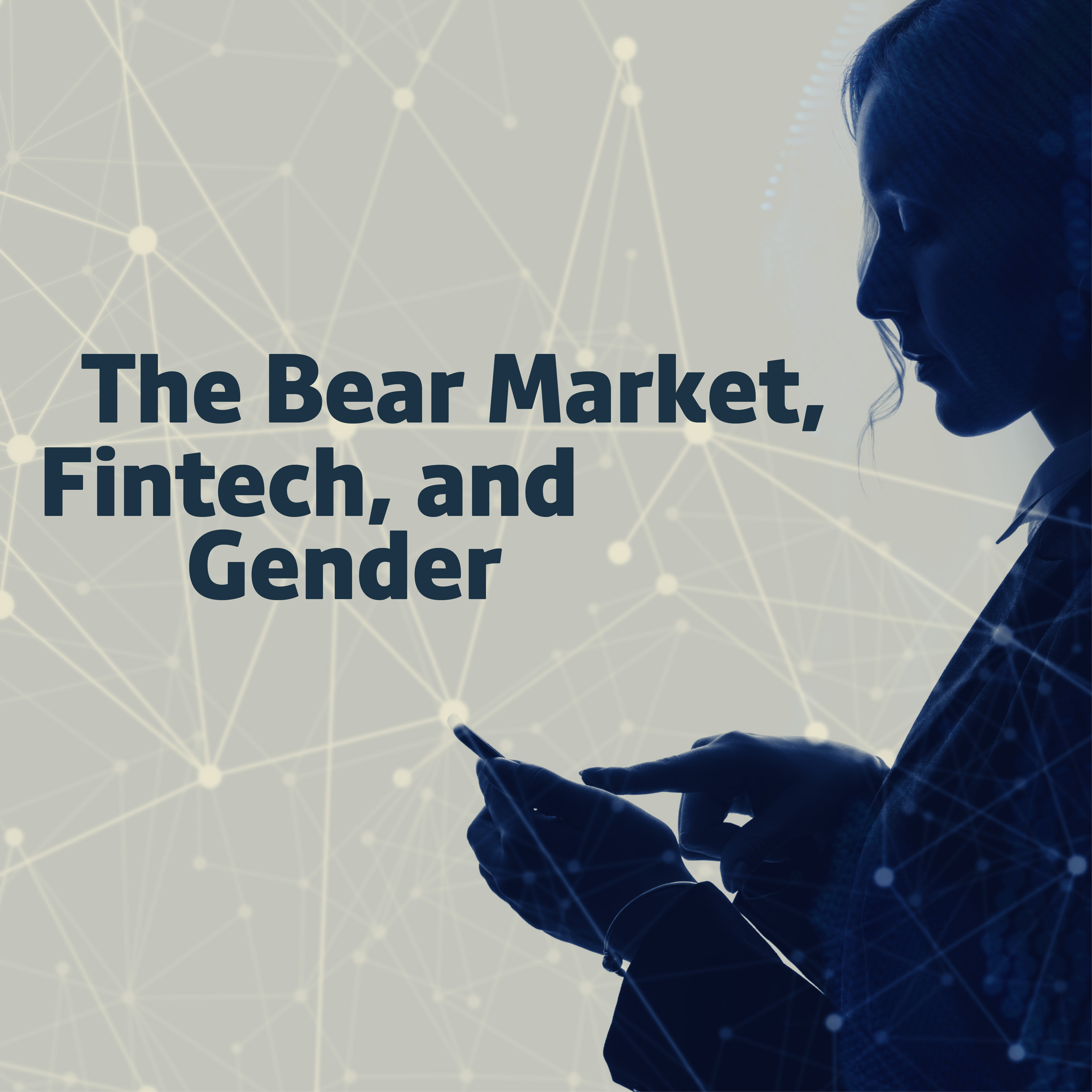 The true scale of the economic downturn we’re beginning to experience remains to be seen, but some sectors are already feeling the brunt of the uncertainty. Investment in fintech, which saw massive growth during the pandemic, has fallen 25 percent year-to-date (Forbes). Investors are issuing warnings about prudence, and they’re reconsidering valuation of some of the large fintechs that grew rapidly in recent years without reaching profitability.

Neobanks are being hit particularly hard as questions have arisen about the profitability of their business models, particularly in light of new competition from non-financial brands and mega-fintechs. Last week, Forbes published an article titled, “The End of the Neobank Era.”

The question for us is: How will the financing constraints on fintech companies affect female founders and fintechs focused on the female economy? We take a look at a couple of possibilities here, as well as why investment in gender-intelligent solutions and diversity efforts should be a priority right now.

We may see a refocus on reaching the total addressable market (TAM) as quickly as possible—by targeting middle class men.

The financing squeeze will be felt most acutely by smaller fintechs and startups. And in the down market, these players will feel extra pressure from investors to seek the quickest path to profitability. This could mean a return to relying on assumptions like looking at the total addressable market (TAM) as made up of only male first adopters and ignoring more complex indicators like lifetime value (LTV) and usage rates, both of which Alliance research found tended to be similar or higher for female fintech customers.

Having a myopic focus on male customers would be a mistake, not only because women are also early adopters, but because it reflects the faulty tendency to focus on valuation rather than long-term profitability—which is a big reason fintechs are facing stock price drops, IPO delays, and layoffs at this moment.

Now more than ever, companies should examine new revenue-generating opportunities like targeting the women’s market and its many segments and converting women into the loyal customers Alliance members have shown they are—with higher Net Promoter Scores, more cross-sell purchases, and stronger organic growth potential. By simply looking at their sales funnels and disaggregating customers by sex at each stage, fintechs can bring women through the funnel at the same rates as men. We continue to showcase great examples of this in our Fintech Fridays and our 2021 research on fintech design for the female economy.

There could be a retrenchment of funding to female founders.

Tech is a notoriously male-dominated sector, and fintech is no exception. A UK-based study found that less than 30 percent of the fintech workforce is made up of women, and they hold only 17 percent of senior fintech roles (Deloitte). Findexable’s 2021 Fintech Diversity Radar survey found that many executives within fintech firms “agreed that the lack of gender balance means men’s ideas dominate across every stage of the fintech value chain.”

Female founders received just 2 percent of VC funding in 2021, and lack of diversity in investors is a big driver of this gap. Just 12 percent of decision-makers inside VCs are female, with 65 percent of VC firms still not having a single female partner. To have more successful female founders, VC firms need to focus on diversity at the capital allocator and partner level. Our recent investor forum brought together investors to hear pitches from female-focused fintechs, and unsurprisingly, all the investors in attendance were women.

It’s imperative that investors across genders understand the opportunity to invest in companies with diverse leadership as good business. It is well documented that economic retrenchment impacts women more than men. But these effects are not limited to women and their families; they constrain the growth of new companies and sectors, too.

Instead of going back to outdated assumptions and mental models, now is the time to lean into new ways of looking at data and new growth segments and renew our commitment to genuine diversity and inclusion. When the dust settles, the multi-trillion-dollar opportunity of the female economy will remain. The question will be: Which players are prepared to tap into it?