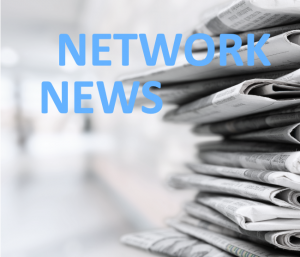 This November news from Alliance members includes the launch of an educational loan designed to support women in STEM in Colombia, an inspirational marketing campaign highlighting informal WSMEs in South Africa, a banner achievement for female-focused fintech startup in Argentina and no less than two awards won by the Alliance at the APIX fintech awards!

Davivienda launched the Women STEM Education Credit for women in Colombia, where less than 2 percent of the female school population in the country study STEM (Science, Technology, Engineering and Mathematics) subjects. This offering provides specialized education loans to women students studying STEM in undergraduate and graduate programs, with a preferential interest rate, the option to finance up to 100 percent of tuition, and no prepayment penalties for the first 72 months.

Nedbank launched the #TogetherBekeLeBeke campaign, which spotlights Nedbank small formal businesses, informal businesses and “side hustles” along their journey from surviving the pandemic to succeeding post-pandemic. The campaign showcases individual businesses—50 percent of which are women-owned—that Nedbank has supported through the pandemic by providing funding, mentorship, and training opportunities. Watch some of the inspirational stories here.

Mujer Financiera has been named part of the 500 LatAm portfolio accelerator, one of the 10 startups selected to participate in the program out of more than 2,000 candidates. As part of 500 LatAm, Mujer Financiera will receive $60,000 USD funding as well as 16 weeks intensive training and development to enable the startup to scale.

The Alliance are very proud to have won two awards in the inaugural APIX fintech awards. The first is the Impact Hackathon Award for Alliance Hack 2021 and the second is the Leadership in Women Economy Award given to Inez Murray, Alliance CEO, for her work as a “champion of the women economy for three decades.” In her acceptance speech, Inez noted the gender gap of 27.5 percent in access to fintechs, the fact that fintechs could increase their revenues by up to 70 percent if they had the same amount of women as men through their sales funnels among other insights from the Alliance’s latest fintech research. Congratulations to Inez and our members, who make this work possible.

Reflecting on the Alliance’s Collective Impact