Chief Executive Officer and Chairman of the Executive Board , ABN AMRO Bank N.V. 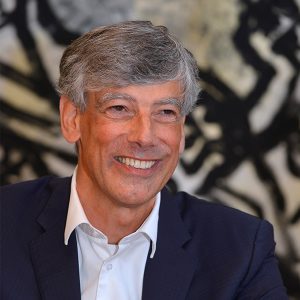 Robert was appointed as CEO and Chairman of the Executive Board of ABN AMRO Bank N.V. effective 22 April 2020 for a period of 4 years. Previously, Robert held various positions at PricewaterhouseCoopers (Amsterdam) where he started in 1988 and became partner in 1998. From 2006 until 2013 he was member of the Management Board of PwC the Netherlands (CFO, COO, CHRO), and served as Chairman of the Management Board from 2008 onwards. Subsequently, from 2013 until 2017 he was Global Vice Chairman/Global Clients and Industries leader at PricewaterhouseCoopers International, responsible for PwC’s Global Clients, Industries and Markets, including the Financial Services Industry Group, and for setting PwC’s client delivery vision and strategy. In 2017 Robert Swaak became Global Relationship Partner and continued his responsibilities as Lead Audit Partner in the Financial Service practice of PwC the Netherlands.