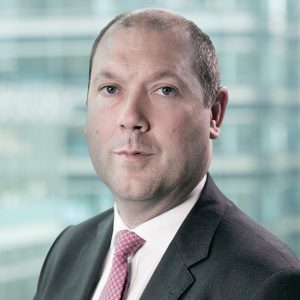 Barry O’Byrne was appointed Chief Executive of Global Commercial Banking in February 2020, having served in the role on an interim basis since August 2019. He is responsible for a business serving about 1.4 million customers across 53 markets, ranging from small enterprises focused on their home markets through to corporates operating internationally. Mr O’Byrne joined HSBC as Group General Manager and Chief Operating Officer (COO) for Global Commercial Banking in April 2017, responsible for strategic change initiatives, data and analytics, middle office and the leadership of regional COOs. He was appointed as a Group Managing Director in March 2020. He joined HSBC from GE Capital, where he worked for 19 years across a number of senior leadership roles. At GE Capital his most recent appointment was CEO for GE Capital International. Previously he was COO for GE Capital International, with responsibility for the group’s operations, technology, strategic initiatives and simplification strategy across more than 20 markets. Mr O’Byrne has also held CEO positions in Italy, France and the UK and has served on boards in the UK, Switzerland, Germany, Italy and Spain. He has a degree in Business Studies and French from the University of Limerick, and lives in Hong Kong with his wife and three daughters.