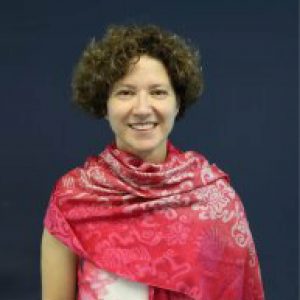 Rachel Freeman is the Executive Director, Business Development for Tyme Global. Tyme Global is the technology and solutions firm powering Tyme Bank, the first digital bank in South Africa with now 2 million customers. Rachel Freeman is an experienced and internationally recognized financial expert, particularly in the areas of financial inclusion and innovative financial technologies. Before joining Tyme, Ms. Freeman served as the IFC Financial Institutions Advisory Manager for Asia since 2014. In her role, she led IFC’s advisory program for existing and potential investee clients for value enhancement and development impact, to achieve IFC’s goals in financial inclusion and climate change mitigation. In her role, Rachel was one of the founders of AFIN and the APIX Platform. Since 2001 she had several senior positions at IFC in Central Asia, Africa and Asia. Prior to joining IFC, Rachel was involved in several entrepreneurial ventures in the US and Russia She holds a Masters in Business Administration from the University of Michigan Business School and a degree in International Politics and Economics/Russian from Middlebury College. She also attended Executive Education at Harvard University’s Kennedy School of Government.

Tyme is a digital banking group focused on financially empowering underserved consumers and small businesses through digital banking in emerging markets. The Tyme group of companies (“Tyme”), consists of TymeBank South Africa (“TymeBank”), currently headquartered in South Africa and TymeGlobal, with offices in Hong Kong and Ho Chi Minh. TymeGlobal deploys its technology and intellectual property to launch new digital banks in ASEAN, based on its successful experience in South Africa. Our first deployment, TymeBank South Africa, a fully licensed greenfield digital bank, has secured 2.2m customers in its first eighteen months, making it the world’s fastest growing independent digital bank. More than 50% of its customer base are active each month, and its deposits have been growing at c.10% per month over the past 12 months.