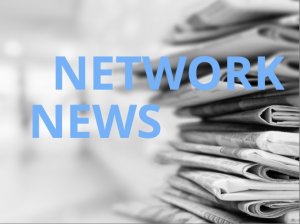 NatWest group released the first annual progress report on its Investing in Women Code, a joint initiative with the UK government to support female entrepreneurship nationally by improving women’s access to financing and other resources. Despite a difficult year for SMEs, the report showed that women and men were equally successful in getting bank finance. Read the full press announcement and report for more information.

G&T collaborated with the Advanced Management School to co-create a #GTCMujer business accelerator program for female leaders. The program addresses how to manage and finance business growth, overcome challenges and tap into new opportunities. The 40 participating CEO’s will also have the chance to network with and learn from other women executives in the region.

On March 25, Banco Nacional de Costa Rica hosted an international conference, “Escalando al Exito” (Climbing to Success), featuring Andrea Cardona, the first Central American and Caribbean woman to climb Mount Everest, as well a businesswoman and author. The event also featured several social entrepreneurs who spoke on “tu pasión como herramienta de activismo” (your passion as a tool for activism). The event inspired more than 10,000 women across live channels and recordings to see their own paths forward as entrepreneurs.

Santander Argentina and Fundación Santander teamed up with National Geographic to put on a digital exhibition called “Poder Feminina en Foco” (Feminine Power in Focus). The exhibit draws on National Geographic’s archives to chronicle the lives of women around the world throughout the last century. Learn more about the project and explore the exhibition here (through April 30).

The Power of Our Data