This month brought big news for two of our members, G&T Continental in Guatemala and Tyme in South Africa, each of which took major steps forward to expand their impact. 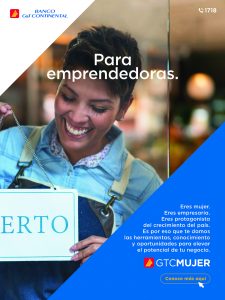 On Feb. 11, Grupo Financiero G&T Continental launched GTC Mujer, a financial program designed to become the financial ally of women entrepreneurs in Guatemala. The program is supported by strategic alliances with the Inter-American Development Bank (IDB), World of Business Ideas (WOBI) and the Goldman Sachs 10,000 Women program. The three fundamental pillars of the GTC Mujer program are:

This program solidifies G&T Continental’s strong commitment to accelerating the growth of women businesses in Guatemala, which in 2020 ranked among the most entrepreneurial countries in the world and boasted the fourth-highest rate of women-owned businesses in Latin America, at 22.4 percent.

“At G&T Continental we recognize the diversity and unique contributions of Guatemalans to the economy. For this reason, after an irregular year, we reaffirm our commitment to them through GTC Mujer, a program designed for those women who add value through innovative and transformative initiatives,” stated CEO Enrique Rodríguez.

Tyme, the leading digital banking network for emerging markets, secured US$110M capital from Apis Growth Fund II and Gokongwei Family to grow TymeBank in South Africa and to launch a digital bank for the Philippines, in partnership with JG Summit.

With the announcement of the new digital bank framework in the Philippines, Tyme and SG Summit Holdings will apply for a digital bank license from the Bangko Sentral ng Pilipinas to expand financial access to underbanked and under-served Filipinos using Tyme’s high-touch digital banking model designed to facilitate widespread financial access.

The majority of the investment will go toward expanding Tyme’s footprint in South Africa, where it has already acquired more than 2.8 million customers since its 2018 launch. This represents a strong endorsement for TymeBank as one of the world’s fastest growing digital banks; and, fittingly, the investment was negotiated entirely virtually.

The Underrated Barriers that Keep Women from Reaching the C-Suite

The First Ever All-Stars Academy Online Comes to a Close