Every month, the Financial Alliance for Women publishes a roundup of the latest updates from network partners and members. Take a look at what’s new below: 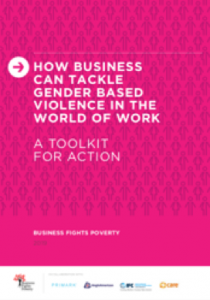 In line with the SDG 5 goal to eliminate all forms of violence against women and girls, and to support companies to advance a decent work environment for all, our partner IFC has launched a toolkit on “How Business Can Tackle Gender-Based Violence in the World of Work.” The toolkit, produced by Business Fights Poverty (BFP), in collaboration with IFC, CARE International, Anglo American and Primark, provides a 5-step framework to help businesses tackle workplace GBV. It includes case studies of companies that have already addressed this issue and a diagnostic tool developed by Business for Social Responsibility.

A call to action to all Alliance members and partners to help prevent violence and harassment at work. Read more about GBV and how to address it here. 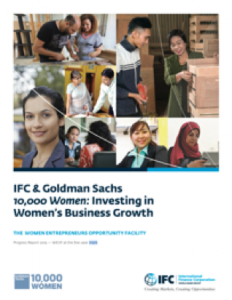 Many banks worldwide lack the expertise to meet the needs of women entrepreneurs, yet it has been proven that providing financial solutions to women creates jobs, improves lives, generates profits for financial institutions and positively impacts national economies. With this in mind, the WEOF was launched in 2014 to provide investment and expertise to financial institutions, allowing them to expand financial services to women.

Just halfway into its course, WEOF has made significant progress. By June 2019, $1.45 billion of investments were made in financial institutions for lending to women-owned and -led SMEs – more than double its original investment goal of $600 million. Nearly 53,000 women entrepreneurs have been reached through 53 financial institutions in 33 countries, with the objective to reach 100,000 women entrepreneurs by end of the term.

WEOF has been instrumental in bridging the divide between banks and women entrepreneurs, addressing key challenges such as lack of collateral, absence of enabling business environment, unfavorable banking policies and lack of appropriate banking products, to name a few.

Read more about the achievements of the facility, its impact as well as upcoming initiatives here. 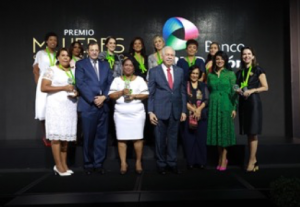 On October 1, 2019, Banco BHD León celebrated the fifth edition of the Premio Mujeres que Cambian el Mundo, an awards program that recognizes 50 women who have positively transformed their communities and improved Dominican society.

First place went to Altagracia Beltré, who works in agricultural development and implements programs that support community development and creates job opportunities. She also won RD $1 million in prize money. Among other awardees were an entrepreneur who contributed to the resolution of environmental and agricultural problems of rural communities, and an entrepreneur who has launched a free educational and community project for social inclusion.

“These awards were designed as a social complement to our value proposition to Dominican women. We wanted to discover stories of great social impact and make them known nationwide to inspire positive change. During these five years, we learned something invaluable: inspiration channeled through action is what moves society forward,” said Steven Puig, General Manager of Banco BHD León. 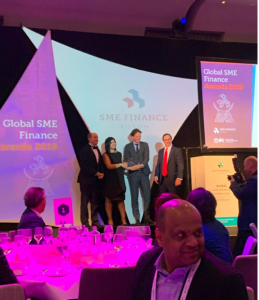 We are proud to announce that members BRAC Bank Ltd. and BLC Bank were honored with 3 awards during the SMEFF 2019 Awards Ceremony in Amsterdam on October 7. BRAC Bank received Platinum level Women-Owned SME Bank of the Year for 2019 while BLC Bank took Gold level for this same category.

BRAC later went on to win Platinum level for SME Bank of the Year – Asia 2019. 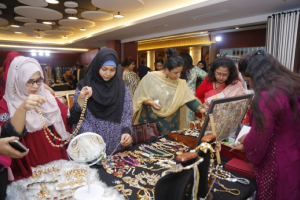 City Alo recently hosted a 2-day women entrepreneurs’ fair to provide a platform for women customers to showcase their products. A total of 40 women entrepreneurs participated. The fair was hosted at the City Alo flagship Center at no cost to the women entrepreneurs. Many corporate clients, social influencers and celebrities visited the fair.