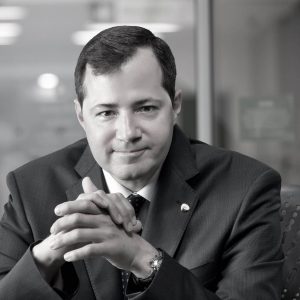 Steven Puig is Executive Vice President and General Manager of Banco BHD León. Steven started his banking career in Santo Domingo with Chase Manhattan Bank, having previously worked in Puerto Rico and New York. He was Vice President of Corporate Banking at Citibank in Santo Domingo, as well as General Manager in El Salvador and in Colombia. After that, he was Private Sector Vice President at the Inter-American Development Bank. Steven received his Bachelor’s degree in Foreign Service from Georgetown University and his MIS in International Business Management from Thunderbird School of Global Management.